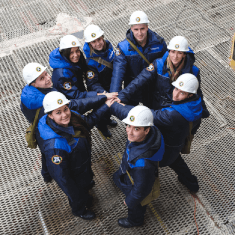 TOAZ PJSC is a socially oriented company that consistently develops social programmes, which allows maintaining the stability and creates a favourable psychological climate among its employees.

TOAZ PJSC is a company that managed to preserve its social infrastructure, in the 90s, and to expand it substantially in later periods. The health and recreation base of the medical unit, Hope Health Centre, and Tulip Kindergarten were built and are maintained on account of cash funds extended by the enterprise. 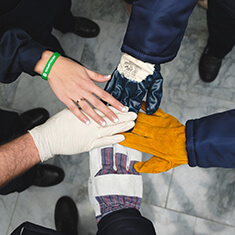 The company evolves the programme of providing corporate housing to its employees. On 29 December 2018, an official ceremony of taking up residence in the first stage of the facility was held.

Relationships between the employer and the workforce are governed by a number of regulations, including a Collective Bargaining Agreement. In October 2017, a conference of employees approved a new Collective Bargaining Agreement to be in effect at the enterprise until 2020. The collective bargaining agreement of TOAZ PJSC is aimed at constantly improving the labour conditions and increasing the attractiveness of the enterprise as an employer. According to experts, this document is one of the best ones in the industry, and its provisions serve as a benchmark for our competitors and partners.

In drafting the Collective Bargaining Agreement, an existing document was taken as a basis, it was extensively revised and supplemented with several fundamental novelties. TOAZ succeeded not only in preserving but also in improving the document. First of all, its financial component was improved. Employee benefits became more diverse, and the amount of monetary payments increased. The social orientation that was always the brand identity of the enterprise was preserved and extended. 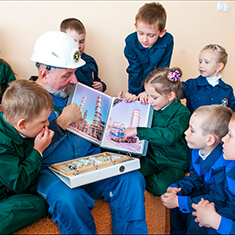 Maternity and childhood matters are also in the focus of the social policy of TOAZ PJSC. The enterprise allows pregnant women to have 14 calendar days in addition to their pre-maternity leave.

Employees can acquire vouchers to children’s camps (including to the Black Sea cost) at privileged prices with a 70% discount.

The new Collective Bargaining Agreement of TOAZ PJSC protects the interests of the plant workers who left the enterprise upon the attainment of retirement age. For five years after retirement, former Togliattiazot workers obtain additional monthly payments at the rate of