TOAZ CONTINUES THE IMPLEMENTATION OF ITS PROJECT IN TAMAN 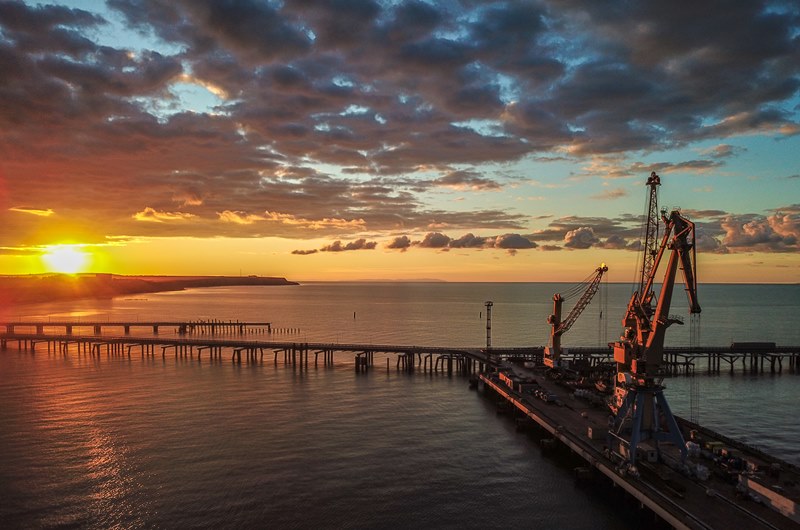 “A long forced downtime in the construction has made us initiate, over again, execution of a complex of engineering surveys and the project documentation development, with subsequent obtaining of all the necessary approvals and reports of expert organizations, as well as obtaining of a new construction permit. This work was started in 2017, and now we have a draft area plan and boundary-setting plan, being one of the fundamental documents, approved by FAMART. Such support is indicative of the TOAZ project strategic importance for the country. Owing to this unique terminal, export flows of ammonia and mineral fertilizers will be redirected from foreign countries to a Russian port,” Petr Ordzhonikidze, Chairman of the Board of Directors of Togliattiazot PJSC, said commenting the event.

TOAZ resumed construction of the transshipment complex in Taman seaport in 2015, after a forced downtime caused by the reasons beyond the company control.

The products of TOAZ will be delivered to the complex mainly by rail. Options under consideration include both direct delivery from Togliatti and partial use of the Russian segment of the ammonia pipeline with further transshipment of the cargo to the rail transport.

An ammonia storage and cooling terminal with isothermal storing tanks and a compressor station, product pipelines, supporting infrastructure facilities, cargo berths, and a unique trestle protruding into the sea for 2.5 km, to deliver ammonia and carbamide for loading on vessels, have already been built in the territory of the complex.

Even taking into account the planned growth of the enterprise’s production volumes, the terminal should fully cover the need of Togliattiazot in the product transshipment.

The project is fully financed through own funds of TOAZ PJSC. The complex commissioning is planned for 2020.

Public Joint Stock Company Togliattiazot (TOAZ PJSC) is Russia’s largest producer of ammonia. It ranks among the world’s top three companies capable of producing over 3 million tonnes of ammonia annually. TOAZ is also one of Russia’s key urea producers. It produces urea formaldehyde concentrate and other chemicals in demand with consumers across five continents.

Being one of the major taxpayers in Samara Region, Togliattiazot ranks among Russia’s largest companies according to RBC, Forbes and Expert magazines.

Find more information about TOAZ on our website www.toaz.ru and social networks.

The EGM is Postponed

25.10.2021Notification about Postponement of the Company’s Extraordinary General Shareholders Meeting

Notification about Postponement of the Company’s Extraordinary General Shareholders Meeting

TOAZ Board Sets a Date for EGM